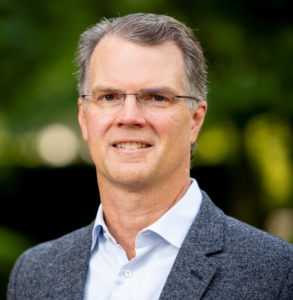 Fin is the founder of the Rivershed Society of British Columbia and co-founder of the Fraser Watershed Initiative. From 1990 to 2000, he made 14 environmental marathon swims, covering more than 3,200 kilometres in BC’s rivers, lakes and ocean; including twice swimming the 1,375 km length of the Fraser River in 1995 and 2000 to draw attention to the declining health of these water bodies and to encourage communities to engage in environmental advocacy.

Fin served as a member of Coquitlam City Council from 2002-2009 and as Member of Parliament for Port Moody-Coquitlam and New Westminster-Coquitlam from 2009-2019. While in the House of Commons he founded the All-Party Oceans Caucus.

In the 2020 BC provincial election, Fin Donnelly was elected the MLA for Coquitlam-Burke Mountain. He also serves as the Parliamentary Secretary for Fisheries and Aquaculture.

Since 1995, he has spoken to more than 60,000 people in hundreds of BC schools and communities about sustainable living. In 1991, Fin was honoured by the Squamish Nation with the name Iyim Yewyews, which means strong swimmer in the animal world or Orca.

Thank you to everyone who joined us to celebrate and honour Fin on November 9th, 2021!
All proceeds of the Fraser River Hall of Fame support the educational and public programming at the Centre.